Like the song goes, it was 1978, my hair was long, my thoughts were short. Boston’s “Don’t Look Back” was blasting on my radio. 9th grade at Laplata Junior High was awkward in Hereford Texas. In that school, at that time, you were either a football player or you were nothing. I was a nothing band geek. I dreamed about becoming a radio DJ. A year later, I would start working at my first radio station, KPAN.

And I fell in love for the first time.
Her name was Dee. To this day, I’m not sure why she said yes when I asked her out. She was a little older than me, 16 I think, and she was used to dating older guys. I didn’t seem to be her type. She seemed to be attracted to the redneck guys… the ones with big trucks, cowboy boots, and a toothpick between their teeth. I wasn’t sure what my type was, but I was enamored with her. She was my first car date. I took her to dinner at a little Mexican food place called “Mrs. Abalos”. After we had dinner, we went outside only to find that I had locked my keys in my mom’s car. That’s how nervous I was. I had to borrow the phone inside the restaurant, and I called my grandmother to come unlock the car. I don’t remember much else that night. I was a bundle of nerves… but I do remember the first kiss. I cannot accurately describe the first kiss with words, but it melted me to my very soul.

That summer of 1978 was full of firsts. It was also my first heartbreak. It’s the heartbreak that every teenager suffers. When I see it happen to other teenagers it is very sad. They are convinced that no one has ever felt like that, and no one will ever feel pain like they are going through. No, I felt it back then, and it was horrible pain. Dee moved on, and began dating someone else. A redneck cowboy strangely enough. Fortunately, I had a good mother who listened to me, and comforted me. Although I didn’t believe her, Mom told me that I would indeed find love again, eventually.

When I started school in my sophomore year at Hereford High School, I looked for Dee, but she was gone. Dropped out of school, and moved away I guess. I knew I’d probably never see her again. Our little high school love affair lasted maybe 5 weeks. My memory is fading as I reach my mid 50’s but there were vivid moments during that 5 weeks that I remember like it was yesterday.

I did fall in love again. I learned that there are many types of love. It may not have been true love…. that first one, but it never feels quite like that ever again. When I started this blog, I wanted to write about photographing love. This strange and crazy roller coaster of emotion that we call love. It has twists and unexpected turns throughout this journey of life. I experienced one of those bizarre twists a few days ago. I was on FB, posting something, and there was a comment from someone named “Dee” that asked “Are you the Richard Spears that went to Hereford High School?”

Yes I am. It was her. Living in California now. I’m not the same nervous kid who locked his keys in his Mom’s car. I’m still not a cowboy, and the only boots I have say “Harley Davidson”. Interesting times we live in… where our technology can put us in touch with someone from the past. And now you know, the REST of the Story….

Tiffany & Tyler – Falls City Wedding It had been 6 years since I photographed the wedding of Brittany Bednarz. ... 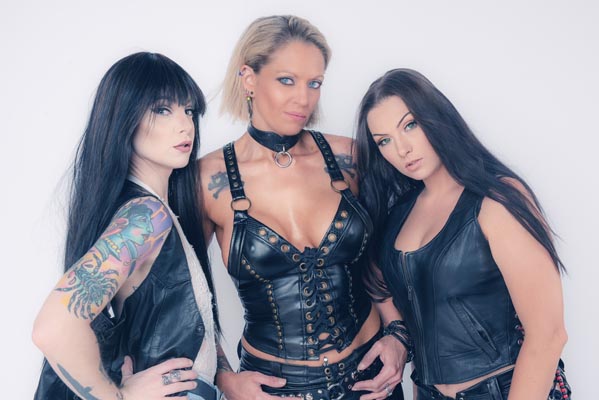 3 Sisters Photo Shoot Bridesmaid Discount Yesterday was an amazing day. People who know me know that EVERY day is ...